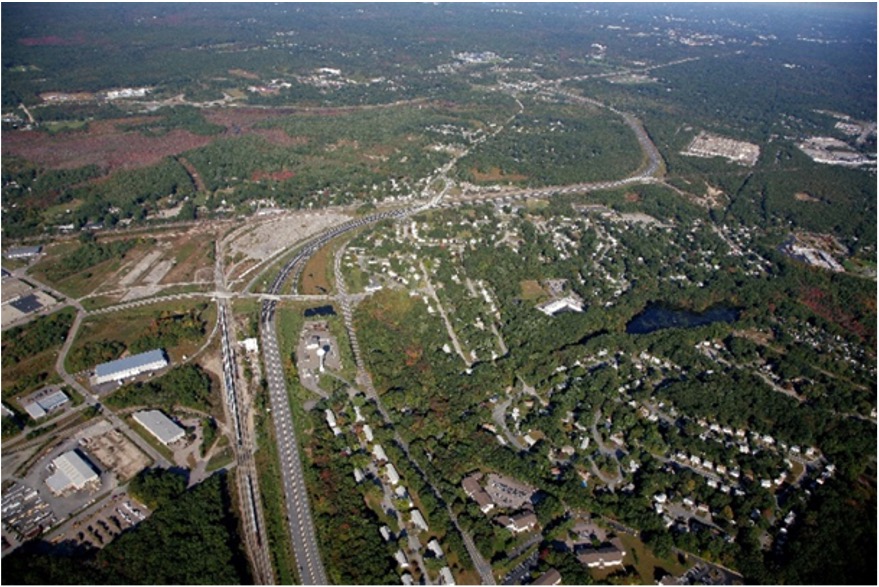 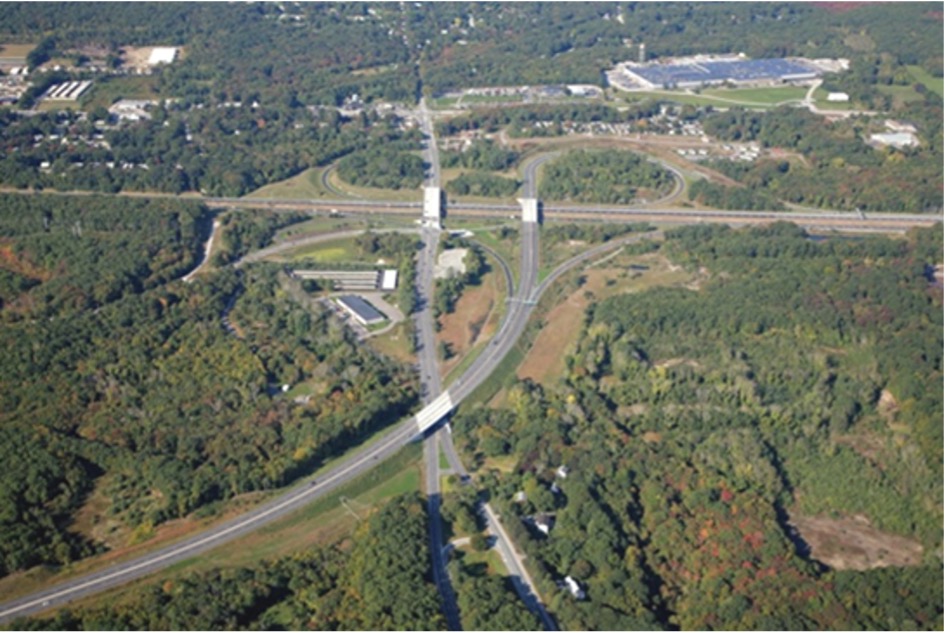 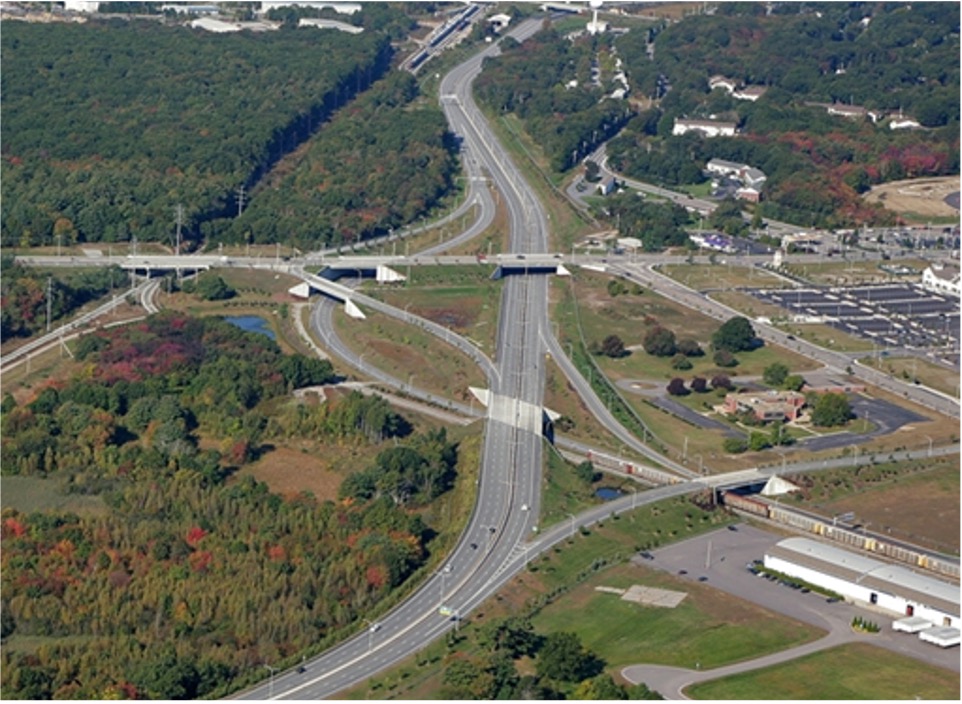 The relocated Route 403 project entailed the design of a new freeway extending form Route 4, north of Frenchtown Road in East Greenwich, to the Quonset Business Park in North Kingstown, RI. The distance of the freeway is approximately 4½ miles, not including several additional miles of interchange ramps and new roadways, which comprise a total of 14.8 miles of roadway on the project. The scope of work included thirteen bridges; the relocation of existing streets and roadways, including a half-mile relocation of Post Road (U.S. Route 1); six permanent and two temporary traffic signalized intersections; construction of temporary roadways and bridges; and extensive facilities for controlling storm water runoff and for protecting groundwater aquifers and freshwater wetlands.

The project’s location being within the watersheds of eight distinct watercourses, one being the Hunt River, a sole-source aquifer and major source of water for the towns of Warwick and East Greenwich in Kent County, required the preparation of a comprehensive Environmental Impact Statement (EIS). The conceptual design phase was most critical to the project because the freeway corridor traverses these watersheds.

With respect to storm water management, the project design included the following: