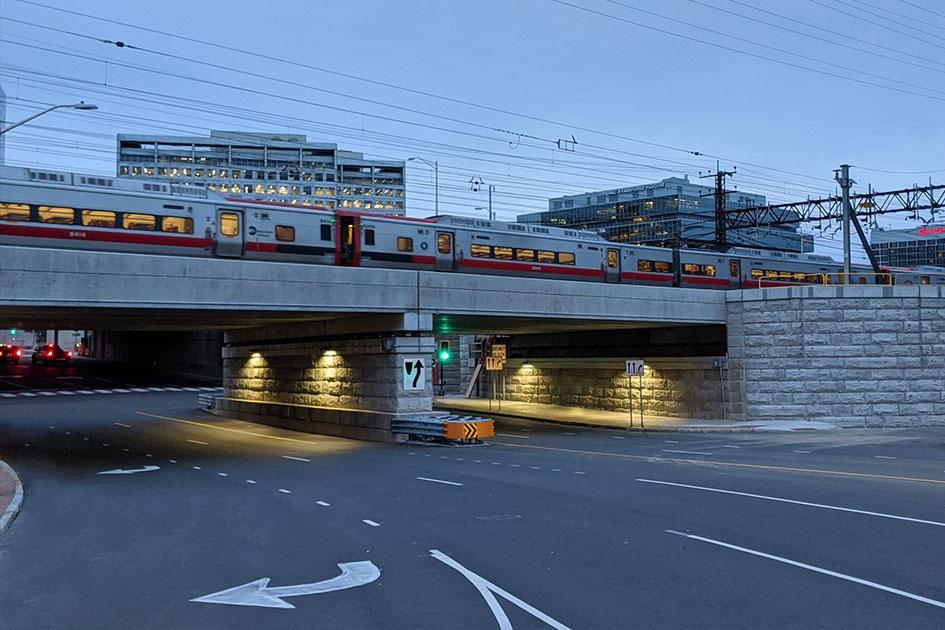 The primary objective of the project was to widen Atlantic Street beneath the MNR Bridge in the city of Stamford from two lanes to six and to improve the intersection with South State Street. To achieve this goal, the I-95 Northbound Exit 8 off-ramp traffic spanned over the intersection and touched down South State Street further east. In addition, in order to improve vertical clearances, Atlantic Street and adjacent roadways were lowered. The relocation of the I-95 NB ramp resulted in construction of new highway ramp bridges and four new retaining walls. GM2 was responsible for the complete structural design of the project. The new ramp bridge is a 104’ single span steel plate girder structure with full height abutments on spread footings. Three of the four retaining walls were top down construction and consisted of tiebacks and lagging with permanent concrete face. The fourth wall was conventional concrete on spread footings. The total cumulative length of the walls on the project was over 2,000’. Architectural form liners were applied to all wall faces to improve the appearance.